Thanks to some wonderful and greatly appreciated support, we raised USD707 and were able to pay for uniforms, supplies and school fees, ensuring that 7 children were able to go to school this first term of 2017 including one child from a friends’ Go Fund Me Group.

My son, Antonio, had the opportunity to meet and get to know the children that he and his brothers have been so diligently saving coins for in our Quarters4kidz jar at home when he and I visited Zimbabwe for Christmas this year.  Along with some Christmas gifts, we were able to deliver the funds personally, helping each child according to their need.

Antonio became fast friends with Bukhosi whom lives on my Mom’s property along with his little brother, Bandile.  Watching the two boys explore the bush together as if they’d always known each other with no confines of cultural or racial bounds was a beautiful thing to witness.  It is my hope that that freedom they felt with each other, just two kids playing, follows them into adulthood and many other relationships.

Sometime after Christmas, we went for a visit out to the home of our Sibling Set of Five.  A humble, spotlessly clean home of just 4 rooms; If you consider a toilet in a closet sized space as a room.  One of the rooms is occupied by the owner of the house and Zeni, her husband and 5 children have the other two rooms.  The main room, where we visited, serves as kitchen, dining room, living room and bedroom to the 5 children. The teenagers sleep on the couches and the little ones sleep on a blanket on the concrete floor. The only tap for running water is outside. A bath is had by placing a bucket on top of the toilet cistern and using a cloth. We gave the little girls their first dolls ever. Last time I visited, they were playing with a tiny rat whose eyes were not yet open, wrapping it in a little piece of cloth as though it was a tiny doll. It was an honour to be welcomed to their home.

During our visit, we met some of their neighbours.  A loud, bubbly and wonderful group of women, children and babies.  Antonio quickly had a following of young boys, getting their attention with a firecracker he’d snuck in his pocket.  So great was the excitement that one woman brought out some other firecrackers and presented them to Antonio to light.  I was struck that while essentially poor, these children have richness of community and freedom to play in the streets and possessed and excitement and joy about them that was beautiful and contagious.

Lastly, we met Britney when we took all the children, except for baby Bandile, on a day trip out to the Matopos. A first for all of these children who live in town.  We climbed the majestic granite kopjies, found natural water slides down the rocks, explored ant hills and caves.  Our van that was kindly lent to us for the day by GL Communications, even got stuck in the sand at one stage and all the children jumped out, worked together, pushing it and got us going again.  We found ancient rock paintings and grain bins.  Bukhosi was visibly moved to place his fingers in the imprints in the dried clay made thousands of years ago by his ancestors.

What we received from meeting and spending time with these beautiful children was more precious and priceless than any amount of money we could ever raise for them.  I look forward to supporting them going forward and am excited to watch them grow.  Thank you for your continued support. 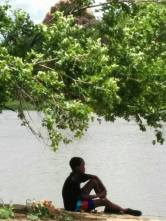 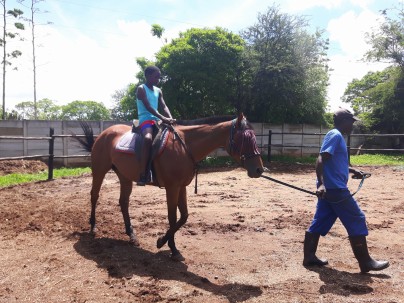 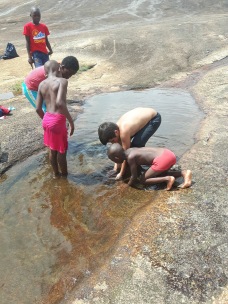 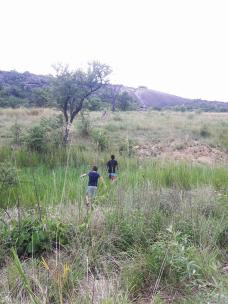 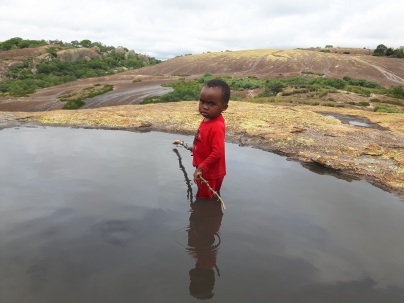 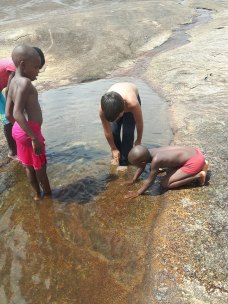 Visit to Zeni’s (Sibling Set of Five) home in Pumula

Fast friends made on our visit out to Pumula 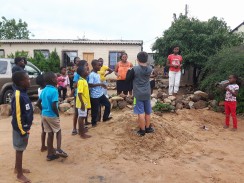 The neighbours gave Antonio some firecrackers to set off. 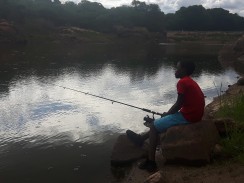 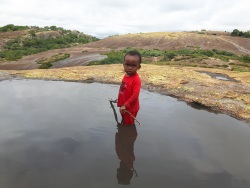 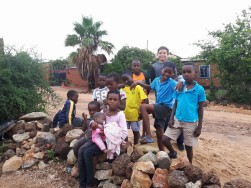 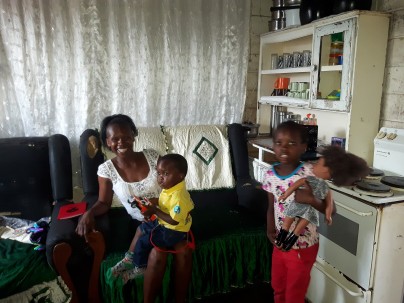 The sky is the limit boys! 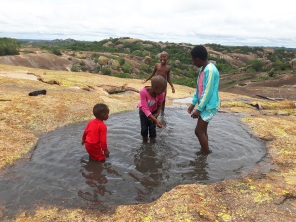 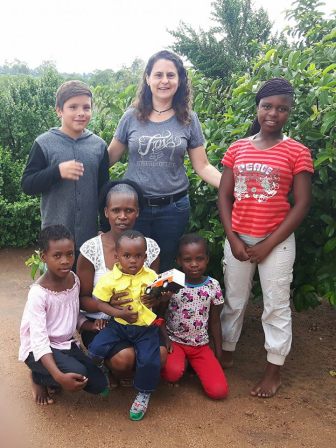 Zeni and four of her five. What an awesome Mom! 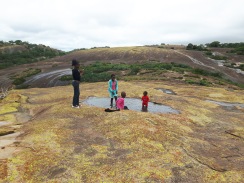 Paddling at the top of Efifi 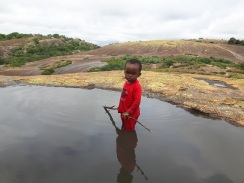 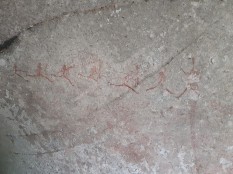 Us with Bukhosi & Bandile 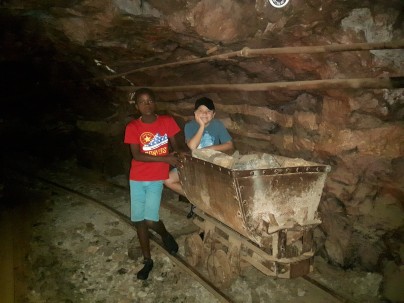 Visit to the Natural History Museum in Bulawayo with Bukhosi & Antonio

Loved the freedom to play in the streets here.

The welcome from these beautiful ladies was wonderful 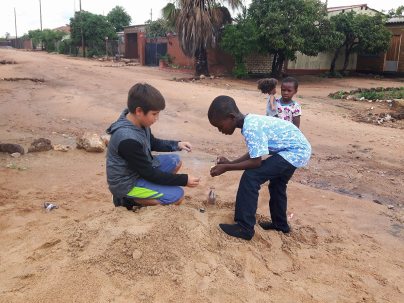 Born and raised in Zimbabwe, now living in Canada and raising a bunch of wonderful boys, Quarters4kidz is a passion of my heart.
View all posts by 20degreessouth →
Image | This entry was posted in Bulawayo, Charity, Children, Education, Sponsorship, Zimbabwe and tagged #buyafamilyahome, #matopos, #quarters4kidz, #sendakid2school, #sendakidtoschool. Bookmark the permalink.